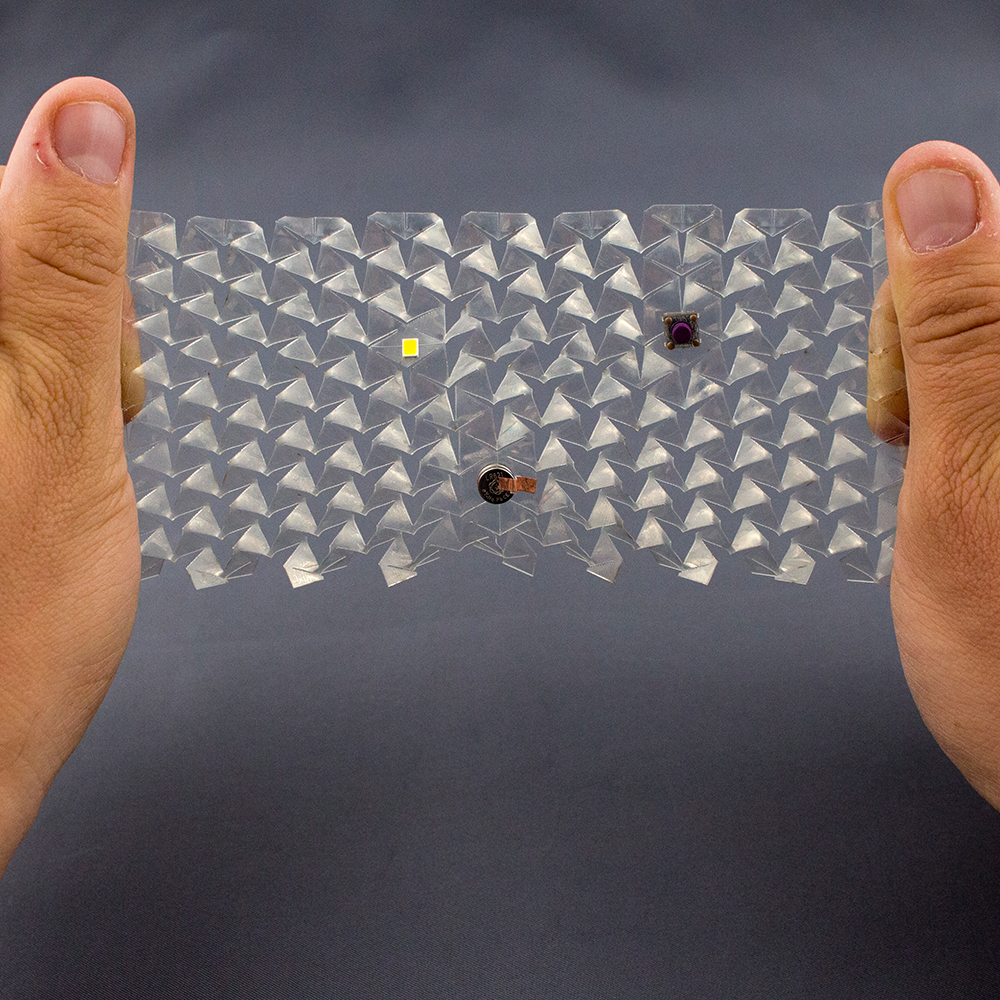 Stretchable interfaces are becoming increasingly relevant in interaction design. Thus far, however, we lack a technique for instantly fabricating stretchable interface prototypes. This paper introduces LASEC, the first technique for instant do-it-yourself fabrication of circuits with custom stretchability on a conventional laser cutter and in a single pass. The approach is based on integrated cutting and ablation of a two-layer material using parametric design patterns. These patterns enable the designer to customize the desired stretchability of the circuit, to combine stretchable with non-stretchable areas, or to integrate areas of different stretchability. For adding circuits on such stretchable cut patterns, we contribute routing strategies and a real-time routing algorithm. An interactive design tool assists designers by automatically generating patterns and circuits from a high-level specification of the desired interface. The approach is compatible with off-the-shelf materials and can realize transparent interfaces. Several application examples demonstrate the versatility of the novel technique for applications in wearable computing, interactive textiles, and stretchable input devices.